When did you become involved?

How many projects are you involved with?

Why did you decide to buy from Woodland Carbon Code projects?

How has it benefitted your company?

Weston-Super-Mare-based BWOC is a leading UK fuel distributor, delivering over 20 Million litres of fuel a week as well as operating a nationwide fuel card service.  As a business they are committed to working towards neutralising their carbon footprint as well as reducing the carbon footprint of their customers.

When did you become involved?

BWOC has been investing in UK woodland creation as part of its corporate carbon mitigation strategy since 2010 and is one of the earliest participants in Woodland Carbon Code projects – in fact BWOC began working with its project developer partner – Forest Carbon Ltd – well before the launch of the Code. 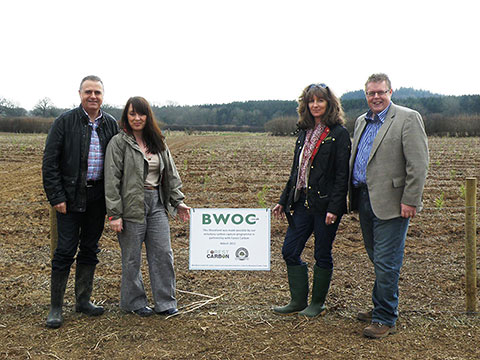 How many projects are you involved with?

So far, by 2014, BWOC has contributed to the planting of 8 new woodlands around the UK, covering 155 hectares, comprising 200,000 trees, and set to capture 43,000 tonnes CO2 over their lifetime. Sites range from south west England, to west Wales, to the south of Scotland, and from two hectares, to 50 hectares. 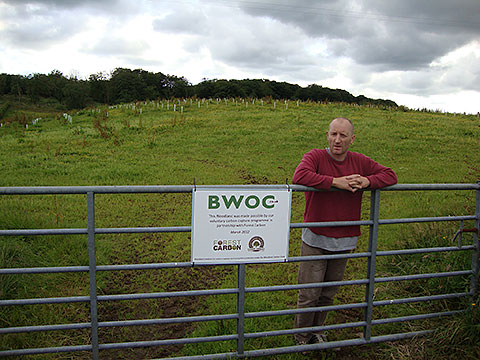 Why did you decide to buy from Woodland Carbon Code projects?

For BWOC, investing in carbon emissions reductions was something they felt to be an entry level activity in their industry – fuel distribution – and something that the company expected of itself. The action is in recognition of company operational and logistical emissions, as well as a proportion of those of its fuel card holders, and is in addition to company efforts to reduce its overall footprint. Woodland creation in the UK was always BWOC’s chosen activity – they don’t buy carbon credits from any other projects – because of the multiple other benefits it delivers to wider society, including BWOC customers and staff.  Mark Wayne, MD of BWOC, said:

“We’re doing this because it’s just the right thing to do, and our staff have also really bought into it. I’ve taken my kids to see one of the new woodlands – at Great Chalfield – and it’s a wonderful thing to be able to say that our company made that happen”.

After its role as one of the earliest supporters of the Woodland Carbon Code, BWOC was also the carbon investor at the first ever Grown In Britain partner woodland, Haywood, at Cranborne in Dorset. This is a mixed coniferous and broadleaf continuous cover productive forest – a method of forestry known in mainland Europe as ‘close to nature’ forestry because it creates a permanent, all age forest. Mark Wayne said:

“What we particularly liked about Haywood was its productive element – the chance to contribute to creating a woodland that would be able to ensure its own permanence through the sustainable extraction of timber was exciting to us.” 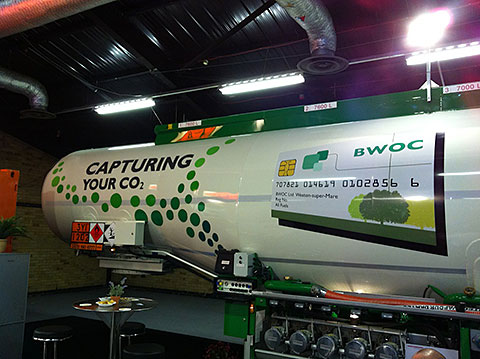 How has it benefitted your company?

Although BWOC’s prime motivation for investing in carbon reductions and woodland creation was not for brand improvement or publicity they have nonetheless found that it has contributed to them winning at least two large public sector supply contracts, and is also attracting increasing interest from fuel card customers. BWOC has also been used as a case study within its parent group of companies on how to manage and mitigate carbon emissions.

Projects BWOC have purchased from on the Registry:

Climate change and Forests (The basics)

How to retire WCUs on the registry (pdf)